Updated February 2022: In today’s post I share my top picks of books for dog lovers. I’m the proud owner of two crazy working cocker spaniels, Poppy & Coco so I confess to being a little bit of a crazy dog lady. So naturally I’m drawn to books that are :

In the past few months I’ve been invited to join book blog tours to read and share book reviews on a number of dog books. What a lovely job I have right? So I thought I’d share a list of books for dog lovers. Some of these I have read and there are links to read my full reviews, others are books I’ve spotted that are on my To Be Read List (TBR).

Never Work With Animals: The unfiltered truth about life as a vet.

Gareth Steel wants you to understand vets in a way you never could have before.

How it feels to watch a healed dog bound into their owner’s arms. The joy of breathing life into the fluid-filled lungs of a newborn calf after a difficult labour. The satisfaction of rescuing a distressed sheep from the high-tide line. Gareth Steel has been a vet for nearly twenty years and has worked all over the UK. Heart-warming and often humorous story of the desperate lengths we go to for the love of animals.

In a year like no other, the antics of two beautiful Labradors, Olive and Mabel – along with hilarious commentaries by Andrew Cotter – lightened the darkest days of lockdown. With nearly 90 million views on social media, Olive and Mabel’s videos have resonated with dog lovers around the world.

How Animals Saved My Life: Being the Supervet

If the No.1 Sunday Times bestseller Listening to the Animals was about Noel’s path to becoming The Supervet, then How Animals Saved My Life is about what it’s like to actually be The Supervet.

Noel shares the moving and often funny stories of the animals he’s treated and the unique ‘animal people’ he has met along the way. He reflects on the valuable lessons of Integrity, Care, Love and Hope that they have taught him – lessons that have sustained him through the unbelievable highs and crushing lows of a profession where lives are quite literally at stake.

The Lick of Love: How dogs changed my life

From one of Britain’s best-loved comedians, Julian Clary.

The Lick of Love takes us on a tour of Julian’s colourful life – and wherever life has taken him, Julian has had a dog by his side. Fanny the Wonder Dog, who came into Julian’s life when he was somewhat adrift, propelled him up the ranks of the alternative comedy circuit and onto television. Valerie, the whippet cross-breed escorted Julian through his forties, the Germaine Greer to his Bernard Manning. Albert, a jaunty geezer type who was sent to acclimatise Julian to middle age and helped him seduce his now husband, before being joined by naughty but nice Gigi, an unpredictable fur bullet of a dog. These canine characters have been there, bearing witness, on and off stage.

The Lick of Love is the story of a fascinating life and a love letter to the dogs that have played a loving and near constant part of it. Told with humour and great honesty

One of the Family by Nicky Campbell

The brave and moving memoir by Radio 5 breakfast show host Nicky Campbell reveals how the simple unconditional love of Maxwell, his Labrador, turned his life around and helped him come to terms with his difficult journey as an adopted child.

Nigel: my family and other dogs by Monty Don

When Monty Don’s golden retriever Nigel became the surprise star of BBC Gardeners’ World inspiring huge interest, fan mail and his own social media accounts, Monty Don wanted to explore what makes us connect with animals quite so deeply.

Book 1 in the lovely series. Nick and Lesley Albert yearn to leave the noise, stress and pollution of modern Britain and move to the countryside, where the living is good and has space for their dogs to run free. Suddenly out of work and soon to be homeless, they set off in search of a new life in Ireland, a country they have never visited.

Trials and Tribulations of a Petsitter

The true story of Laura Marchant, a fanatical animal lover who lived all her life in a quite seaside resort in England. After many years loyal service she was pushed out of the office leaving her at a crossroads in her life not knowing which path to take. Laura decided to follow her heart and set up a pet sitting business.

Trials and Tribulations of a Pet Sitter describes the hilarious antics that she encountered and also the many highs and the lows whilst trying to keep her customers pets safe.

Travels with Casey by Benoit Denizet-Lewis

“I don’t think my dog likes me very much,” New York Times Magazine writer Benoit Denizet-Lewis confesses at the beginning of his cross-country journey with his nine-year-old Labrador-mix, Casey. Over the next four months, thirty-two states, and 13,000 miles in a rented motor home, Denizet-Lewis and his lovable, moody canine companion try—with humorous and touching results—to pay tribute to the most powerful interspecies bond there is, in the country with the highest rate of dog ownership in the world.

The Friend by Sigrid Nunez

When a woman unexpectedly loses her lifelong best friend and mentor, she finds herself burdened with the unwanted dog he has left behind. Her own battle against grief is intensified by the mute suffering of the dog, a huge Great Dane, and by the threat of eviction: dogs are prohibited in her apartment building.

Isolated from the rest of the world, increasingly obsessed with the dog’s care, determined to read its mind and fathom its heart, she comes dangerously close to unravelling. But while troubles abound, rich and surprising rewards lie in store for both of them.

The Art of Racing in the Rain by Garth Stein

The Art of Racing in the Rain is a testament to a man’s life, given by his dog. But it is also a testament to the dog, himself. Though Enzo cannot speak, he understands everything that happens around him as he bears witness to his master’s problems. His enforced muteness only refines his listening ability, and allows him to understand many of life’s nuances that are lost on most humans. With humour, sharp observation, and a courageous heart, Enzo guides the reader to the bittersweet yet ultimately satisfying conclusion: there are no limitations to what we can achieve, if we truly know where we want to be.

Marley and Me by John Grogan

The original book that moved millions of readers around the world and that inspired the major motion picture of the same name starring Owen Wilson and Jennifer Aniston.

This No. 1 Sunday Times bestseller tells the heart-warming tale of how a wiggly yellow fur ball of a puppy could grow into a barrelling, ninety-seven pound stramroller of a Labrador retriever who would prove that unconditional love comes in many forms.

Dog Days is a novel about those small but life-changing moments that only come when we pause to let the light in. It is about three people learning to make connections and find joy in living life off the leash.

The Dog Sitter by Zara Stonely

Wanted: someone nice, normal and trustworthy to housesit a beautiful cottage in the Lake District while the owner is away on a business trip. Must like dogs.

Wanting to escape from crap bosses and useless boyfriends, Becky jumps at the chance of the perfect escape – rest, relaxation and dog-sitting a very cute pooch called Bella!

Suzy Medley is having a bad day…when a shabby terrier turns up at her door. Just like Suzy, Scout has been abandoned, although only Suzy has been left with a financial mess and a business in tatters thanks to her ex.

Suzy takes Scout in and her chaotic world changes in unexpected ways: strangers have never been more welcoming and her teenage kids can’t wait to come home to visit.

I hope you’ve found my list of books for dog lovers useful. Which books would you like to read next?

Have I listed your favourite? If not, let me know in the comments below and I will add it to the list for others to find.

Want 50% off a box of Butternut Box Dog Food?
Use our Touring Tales discount link 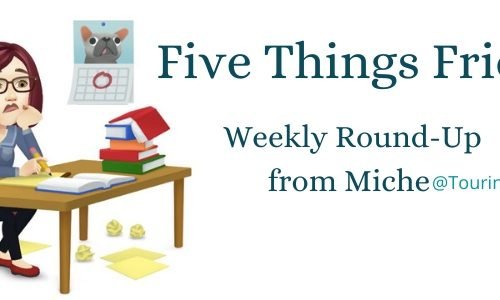 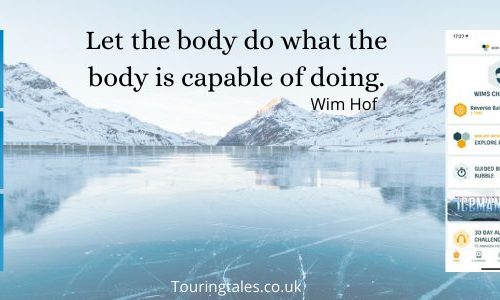 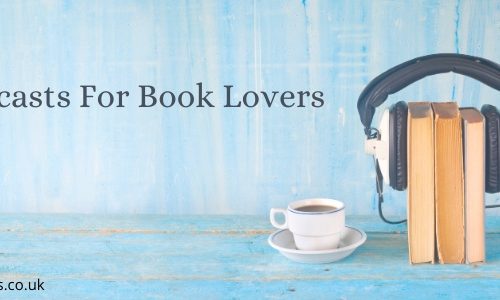