Today I’m on the book blog tour to share my book review of Dog Days by Ericka Waller, which was published on the 11th March 2021.

George is very angry. His wife has upped and died on him, and all he wants to do is sit in his underpants and shout at the cricket. The last thing he needs is his cake-baking neighbour Betty trying to rescue him. And then there’s the dog, a dachshund puppy called Poppy. George doesn’t want a dog – he wants a fight.

Dan is a counsellor with OCD who is great at helping other people – if only he were better at helping himself. His most meaningful relationship so far is with his labrador Fitz. But then comes a therapy session that will change his life.

Lizzie is living in a women’s refuge with her son Lenny. Her body is covered in scars and she has shut herself off from everyone around her. But when she is forced to walk the refuge’s fat terrier, Maud, a new life beckons – if she can keep her secret just a while longer…

Featuring an unforgettable cast of characters – joyous, heartbreaking and wise – Dog Days is about those small but life-changing moments that only come when we pause to let the light in.

This book came as quite a surprise, it wasn’t what I was expecting. This isn’t a light, dog-friendly, feel-good romance. It is in fact a sombre, heart-breaking but in places also heart-warming tale. Each chapter rotates between three main characters, George, Dan and Lizzie, and builds on their stories.

George was my favourite character, he had me in tears in one chapter and then laughing out loud in the next. Stubborn, grumpy George has decided to sit in his chair, watch the cricket and frankly just give up on life. He’s angry and he’s hurting. But the damn dog, Poppy, and that rude neighbour Betty just won’t leave him alone, they won’t let him just sit in his chair and fester.

Then there’s Dan, who’s trained to help people, he’s a counsellor. But he’s sensitive, he has OCD and often struggles to keep it together. Then he takes on a new client who literally turns his world upside down. I enjoyed reading about the bond between Dan and his dog Fitz. Sensing Dan’s mood, Fitz would offer him a hand lick, a gentle nudge with his nose or encourage Dan to get some air by taking him for a walk to relieve Dan’s panic attacks.

Finally, we meet Lizzie who’s fled her life as a teacher, wife and mum and finds herself in a women’s shelter hiding with her son. She finds it difficult to talk, to tell anyone what’s happened.

I found Lizzie’s character quite strange and intriguing. To avoid answering personal questions or showing her emotions, Lizzie would re-direct conversations by sharing facts and figures, often quoting ‘did you know…’. This wasn’t always welcome and often felt quite weird. When the author eventually shares Lizzie’s story I was shocked and amazed.

Due to the title of this book, I would have liked Poppy, Fitz and Maud to have played bigger roles in the stories. Dogs can play such a vital role in helping people deal with issues such as loss, grief, illness or depression.

That said, Dog days is well written and will stay with me for a while. In particular, I would have liked George’s story to continue, I was left wanting more.

ERICKA WALLER lives in Brighton with her husband, three daughters and pets. Previously, she worked as a blogger and columnist. Dog Days is the sum of everything she has learned about love, loss and the healing power of dogs.

“One of the inspirations for Dog Days came from walking my own dogs. It’s this weird alternative universe – dog owners could by psycho killers, but we approach them alone on windy beacons, because they have a dog. Dog owners might be battered wives, addicts, cheaters, thieves.

I also wanted to use dogs to reflect how we, as humans, are consumed by things we cannot control or change. Dogs live from one falling leaf to the next. Their emotions are simple. I wanted to set them against the lives of three characters battling with real life issues such as depression, anxiety, OCD and grief.

I wanted to explore how people force themselves into a shape we can understand, that goes along with the stories we tell ourselves. I didn’t want to write a romance, but I did want the book to be suffused with different kinds of love: platonic, sexual, maternal.

I wanted to explore how women are perceived by other women and the way we need to force them into a shape we can understand, that goes along with the stories we tell ourselves. Everything is always about how it makes us feel, so we alter reality or bend truths to make them fit in how we need the world to be.”

Where to find Ericka Online

Thanks to Anne @randomttours for inviting me on the tour. Also thanks to Ericka Waller for my digital copy of the book for an honest review. All opinions are my own. I hope you’ve enjoyed my book review of Dog Days by Ericka Waller. 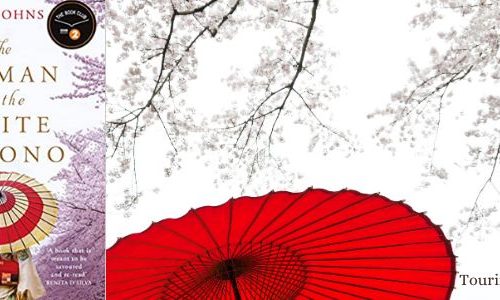 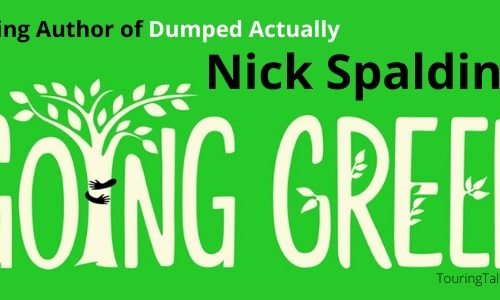 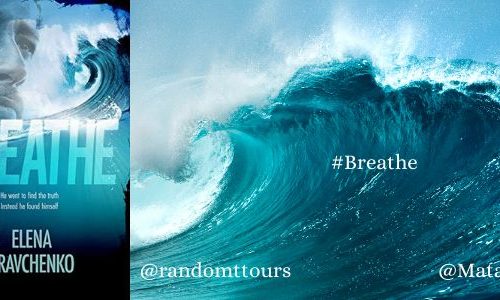