Thanks to @Paul Clayton and @rararesources for inviting me on the book launch blog tour. Here’s my book review of The Hoax by Paul Clayton. If you’re a fan of psychological thrillers then keep reading to find out more about this fabulous page turning new thriller.

Henry returns safely accompanied by a stranger, Cora, a fairy godmother who starts to change the Baxter family’s lives in the best of ways. So why do things suddenly start going wrong? Is Cora fulfilling their dreams – or is she the start of a nightmare?

Funny, terrifying and a real page-turner, The Hoax puts a whole new slant on psychological thrillers…

I enjoyed the beginning of this book, in which we are introduced to Frankie describing the inside of a police cell. How did a mother of three, who would do anything for her kids, end up here? Great writing, which hooked me in from page one.

Next we meet Cora, who appears to be rather eccentric with ridiculously bright and almost clown like dress sense. I found Cora’s character to be very creepy and sinister right from the beginning. In a very short space of time, she met Frankie and soon became a part of the family. I thought she was overly helpful and generous with her time and money but not as much when it came to sharing details about herself.

Frankie clearly had anger management issues. Not surprising really, bringing up three kids on her own, with very little money coming in from a dead end job with a slimy sounding boss. I felt quite sorry for Frankie, she was trying so hard to make ends meet and give her children a good life but things just kept going wrong for her.

I really enjoyed the authors style of writing. The Hoax is written with a dual timeline, with two stories cleverly interwoven to lead the reader on a twisty tale. At times the book is quite dark and a little disturbing, but very engaging and I couldn’t put it down.

I felt that Frankie’s daughter Shannon could have had more involvement throughout the story. Her character was of a bored teenager, not wanting to engage with anyone, or do anything. Most teenager daughters would have had some conflict with their mothers having to live in such a small flat together, I was expecting more tantrums or door slamming. Shannon’s character does develop later in the book but I would have liked her to be a little more involved and feisty like her mum.

The Hoax by Paul Clayton is a thrilling tale about friendships and broken promises.

Overall I really enjoyed this book. With strong, interesting characters and plenty of intrigue and plot twists that kept me hooked right to the end. I’ve now added The Punishment, the author’s 5 star rated previous book, to my MUST read list.

Amazon UK | US | The Book Depository

Best known to audiences for five series of the BAFTA award-winning Channel 4 sitcom “Peep Show” and for two series of the BAFTA winning comedy “Him and Her” from BBC 3. Paul Clayton has enjoyed stints as regular characters in soaps “Hollyoaks”, “Coronation Street” “Doctors” is well known to viewers from a considerable volume of the television. Most recently appearances in series 2 of “The Crown”, “Black Earth Rising”, “Wolf Hall”, “The Split”, “Holby”, “ This Time with Alan Partridge” “Shakespeare and Hathaway” “Breeders”.

Paul is currently well known and loved by thousands of sci fi fans for his role as “Mr Colchester – terminator in a cardigan”- the leader of the Torchwood team, in the Big Finish ‘Torchwood’ audio dramas. He recently filmed “Danny Boy” for the BBC. He is the author of “So You Want to Be a Corporate Actor?” and “The Working Actor” and is a regular columnist and feature writer for The Stage.

Also, Paul is patron of the children’s literacy charity Grimm and Co (www.grimmandco.co.uk) based in Yorkshire for whom he has staged young authors live dramas and facilitated six independent films written by 9 – 11 year olds.

His first novel “The Punishment” met with great reviews when it was published in 2019.

Where to Find Paul online

Thanks to Rachel @rararesources for inviting me on the tour. Also thanks to @Paul Clayton for my digital copy of the book.  All views are my own.

Thanks for reading my book review of The Hoax by Paul Clayton. Happy reading. 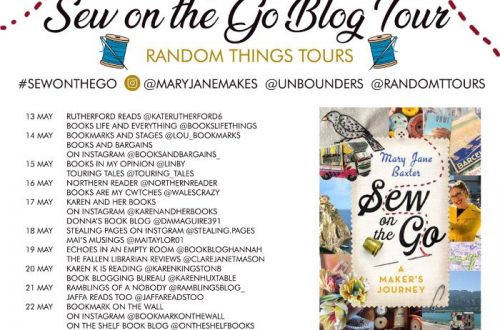 Sew On The Go – A Maker’s Journey 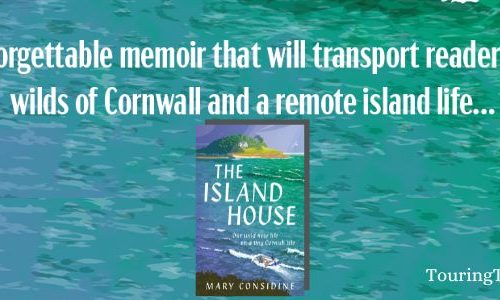 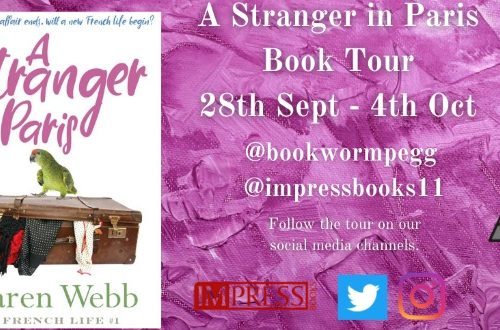 Book Review: A Stranger in Paris