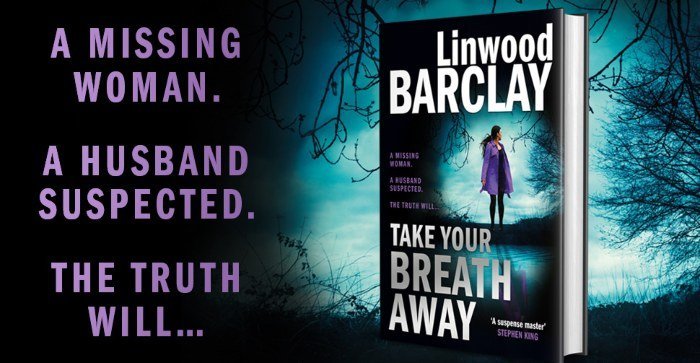 It’s been a while since I’ve read a Psychological Crime Thriller. So when I discovered that Best-Selling author Linwood Barclay had a new book release I couldn’t resist taking a peek. My thanks to Netgalley and HQ Publishing for my advance copy of Take Your Breath Away by Linwood Barclay.

Where is the book set?

Take Your Breath Away by Linwood Barclay take us on a tour of Milford, the coastal city in New Haven County, Connecticut USA. The story also takes in the nearby towns of Bridgeport and Trumball.

Before I share my thoughts on this new crime thriller, here’s the book description details.

A missing woman. A husband suspected. The truth will … Take Your Breath Away

It’s always the husband, isn’t it?

One weekend, while Andrew Mason was on a fishing trip, his wife, Brie, vanished without a trace. Most people assumed Andy had got away with murder, but the police couldn’t build a strong case against him. For a while, Andy hit rock bottom – he drank too much, was abandoned by his friends, nearly lost his business and became a pariah in the place he had once called home.

Now, six years later, Andy has put his life back together. He’s sold the house he shared with Brie and moved away for a fresh start. When he hears his old house has been bulldozed and a new house built in its place, he’s not bothered. He’s settled with a new partner, Jayne, and life is good.

But Andy’s peaceful world is about to shatter. One day, a woman shows up at his old address, screaming, ‘Where’s my house? What’s happened to my house?’ And then, just as suddenly as she appeared, the woman – who bears a striking resemblance to Brie – is gone. The police are notified and old questions – and dark suspicions – resurface.

Could Brie really be alive after all these years? If so, where has she been? It soon becomes clear that Andy’s future, and the lives of those closest to him, depends on discovering what the hell is going on. The trick will be whether he can stay alive long enough to unearth the answers…

Linwood Barclay is well known for his gripping crime thrillers and fans of this author will not be disappointed with his latest offering. Take Your Breath Away tells the story of Brie and Andrew Mason, living in Milford, Connecticut. They’ve had a few marriage problems of late, both at fault, but they’ve turned a corner and have worked things out. They’ve agreed Mulberry Street House will be their last renovation and flip project, it’s time to find their own home and plan for the future.

Whilst Andy is on a weekend fishing trip with his best friend Greg, his wife Brie disappears. The police, and most of Andy’s friends and family think he’s the prime suspect. But there’s no evidence, no body and no leads so the case goes cold. Six years later, there are reports that Brie has been spotted around the town. News travels fast.

Andrew’s world is turned upside down as he tries to track down this woman. Is it his wife? If so, where has she been for the past six years? Why hasn’t she contacted him? On the one hand he wants it to be Brie so her knows she’s alive, and at last the police will stop thinking he’s killed his wife. But on the other hand it’s been six years, he’s been through hell and finally sorted his life out. Why would she reappear now after all this time? How will he feel if his wife wants to come back into his life? What will happen to his relationship with girlfriend Jayne, who he loves very much.

This is a gripping, fast paced thriller with interesting dialogue and strong characters. The story led me down several paths as I started to suspect what was going on, I was wrong each time. 🙂 Linwood’s clever plots and twists left me guessing right to the end. The reader is taken on quite a journey following Andy’s narrative as he tries to figure out what’s going on.

Yet again, Detective Melissa Hardy is on his trail, still believing he has something to do with his wife’s disappearance. I found her character frustrating but at the same time she added alot of drama and urgency to Andy’s story. He needed to figure out what was going on before she could try and pin something on him, which she really wanted to do!

If you’re a fan of Linwood Barclay then you’ll enjoy his latest gripping tale. This is a ‘just one more chapter’ sort of book so expect a late night or two as the author keeps you guessing right to the end.

Where To Buy The Book

Linwood Barclay is the #1 internationally bestselling author of twenty novels for adults, including No Time for Goodbye, Trust Your Eyes and, most recently, A Noise Downstairs. He has also written two novels for children and screenplays.

Having spent three decades in newspapers he then turned full time to writing thrillers. His first standalone thriller, No Time for Goodbye, was published in 2007 to critical acclaim and great international success. The following year, it was a Richard and Judy Summer Read selection in the UK, and did seven straight weeks at #1 on the UK bestseller list, and finished 2008 as the top selling novel of the year there. The book has since been sold around the world and been translated into nearly thirty languages.

If you’ve enjoyed this book review of Take Your Breath Away by Linwood Barclay then order or download a copy as your next exciting Crime Fiction Read. You can also find more of Linwood’s bestselling novels including:

an edge-of-your-seat thriller that does for elevators what Psycho did for showers and Jaws did for the beach–a heart-pounding tale in which a series of disasters paralyzes New York City with fear.

It all begins on a Monday, when four people board an elevator in a Manhattan office tower. Each presses a button for their floor, but the elevator proceeds, non-stop, to the top. Once there, it stops for a few seconds, and then plummets. Right to the bottom of the shaft.

It appears to be a horrific, random tragedy. But then, on Tuesday, it happens again, in a different Manhattan skyscraper. And when Wednesday brings yet another high-rise catastrophe, one of the most vertical cities in the world–and the nation’s capital of media, finance, and entertainment–is plunged into chaos.

One will change your life. One will end it. Who will … FIND YOU FIRST?

It’s a deadly race against time…

Tech billionaire Miles has more money than he can ever spend, but he can’t buy more time. Diagnosed with a terminal illness, he is forced to take a long, hard look at his past.

Somewhere out there, Miles has children who don’t know it, but they might be about to inherit the good and bad from him – possibly his fortune, or possibly something more sinister.

So, Miles decides to track them down. But a lethal killer is one step ahead of him. One by one, people are vanishing. Not just disappearing, every trace of them is wiped.

Or you can find Book Reviews By Destination.

Have You Discovered ETSY Travel? 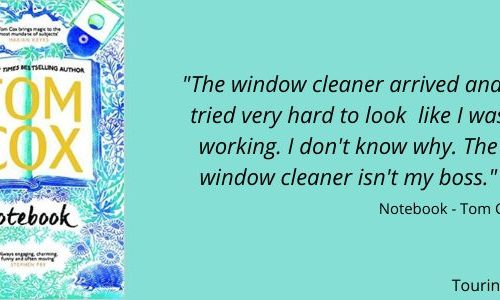 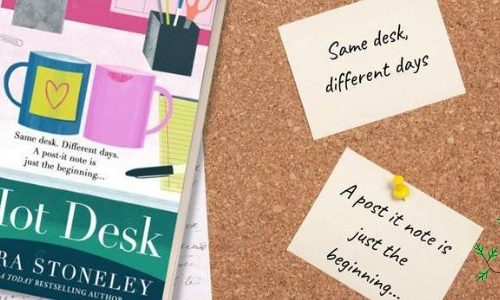 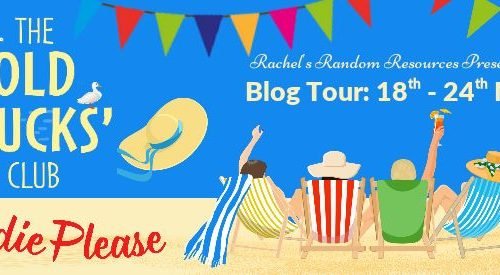