Making It by Jay Blades is an inspirational memoir. In Jay’s own words, he tells his extraordinary story of beating the odds and turning his life around. My hubby Dave has kindly provided this book review of Making It by Jay Blade. Before I hand over to Dave to share his thoughts on Jay’s non fiction memoir, here’s the books full description.

Known for his charm, wit and warmth, it’s hard to imagine Jay Blades being labelled as disruptive at secondary school. Or being regularly beaten up for the colour of his skin.

The reality is that Jay left school with great fighting skills but no qualifications. By the age of twenty-one he was homeless, living in a hostel with no direction. It was only in his thirties that he made his way to university, was diagnosed as severely dyslexic and finally given the help he needed to succeed. From then, Jay began making positive changes, not only in his own life, but in the lives of hundreds of young people through an array of brilliant community projects.

In Making It, Jay shares the highs and lows, the triumphs and struggles of his life and reveals how his most impressive restoration job is the one carried out on himself.

As a fan of the cheeky, happy presenter on The Repair Shop, I was intrigued to read Jay Blades story.  Jay’s own Instagram account promoted the book and it sounded like he’s been on quite a journey.  So, I was pleased to receive a gifted copy from my son for Father’s day to read and review.

Making It by Jay Blades is a good read.  Not in any literary sense, but more inspirational in how someone can overcome many adversities to be a successful; craftsman, businessman, presenter, community worker and author. As you would hope, the book chronicles Jay’s life from birth through to his success on the Repair Shop. It’s written with the help of writer Ian Gittins who maintains Jay’s personality and “voice” throughout.  It reads like sharing a cup of ‘rosie lee’ with Jay whilst he tells you his story.

It’s a tough journey and all credit to Jay for turning out to be the charming, witty and caring man we see today. From a one parent family, and one of the only coloured kids around, he was regularly in fights at school, in pubs and suffered random beatings by the police. His challenges weren’t just racism though, Jay was dyslexic.  Something that was not discovered until post school, so it’s not surprising that unable to read or write, he left with a full house of “U’s” in the academics, but “A’s” in fighting, wits, determination and survival. Jay Blades is a fighter. In both senses of the word.

His father, “The Man Who Contributed To My Birth” or “TMWCTMB” as Jay refers to him throughout the book, was largely absent in his life. Fathering 25 kids in total, he wasn’t a great role model!  The book reveals Jay’s efforts not to repeat the failings of his father, and to be a good partner to the significant women in his life.  I must admit to groaning somewhat as Jay left another relationship with child – he has 3 children with different mothers. However, in spite of those failed relationships, he has stayed in contact and is part of the children’s lives.

We learn about his early “career” grafting on building sites and a brief spell in a modelling agency, but it was volunteering work for a charity called “Youth at Risk” that helped set the path to where he is today. He went to Uni and obtained a degree in Criminology & Psychology whilst still being unable to read or write!  There are countless times in the book where you have to admire the guts of the man facing these challenges to better himself and his family.

No stranger to trouble himself. Jay found he had a gift for counselling wayward kids, helped by his experience of being one (!) and getting through it.  This coupled with the knowledge from the degree led to greater work with Social Services, Schools and the Police. This developed into a very successful business helping individuals and turning around troubled communities.

Through contacts and chance encounters, TV came a knocking to see if he would restore some furniture for a pilot they were making for a programme called “Money for Nothing”. The show was based around rescuing unwanted stuff from the dump and turning it into cash. That was the start of Jay’s TV career where his personality and charisma quickly found him fronting not only that show but the Repair Shop and his own DIY programme.

There are many ways to make it, and I took the long way around. For a while, I was very broken, but for the last thirty years I have mostly been trying to help people make or repair things. It might be furniture, it could be a relationship: it might even be themselves.

Making It by Jay Blades was an interesting book that gave good insight into what makes Jay Blades.  It gives you a greater respect to the difficulties encountered by those with learning difficulties, behavioural problems, racial abuse, poverty, depression or all of the above.

It’s easy to judge people without understanding what’s going on, and much harder to do something about it.  Jay Blades has not only overcome those challenges but has made it part of his life to help steer those with challenges of their own.  It’s an inspiring story, a by-product of which might be, reflecting how you judge or help others.

Where To Buy The Book

Rising to fame on The Repair Shop and Money For Nothing, Jay Blades is a TV presenter. As well as his warm and welcoming TV hosting, Jay runs Jay & Co. A furniture restoration companying employing disadvantaged young people in the West Midlands.

Originally from Hackney in East London, Jay left school aged fifteen with no qualifications. His severe dyslexia wasn’t diagnosed until he was an adult. He gained a degree in Criminology and Philosophy at Buckingham University in his thirties before finding his true vocation in restoration.

Jay is an inspirational motivator and co-founded award-winning social enterprises Out of The Dark and Street Of Dreams. Working with disengaged and disadvantaged young people, Jay was able to mentor and support thousands of individuals over the years to realise their full potential.

Where To Find Jay Online

Finally, I hope you’ve enjoyed our book review of Making It by Jay Blades. Go grab yourself a copy of the book today. This would also make a great book gift to fans of The repair Shop.

Why not check out more of my Non Fiction Book reviews

New to Touring Tales? Find out more About me here

Looking For Inspiration To Jazz Up Your Home? 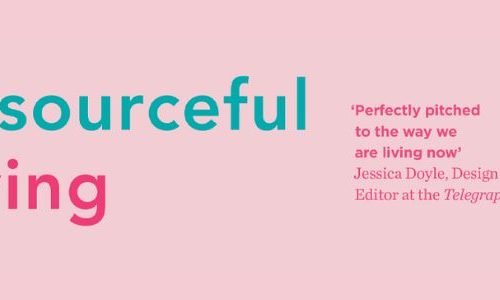 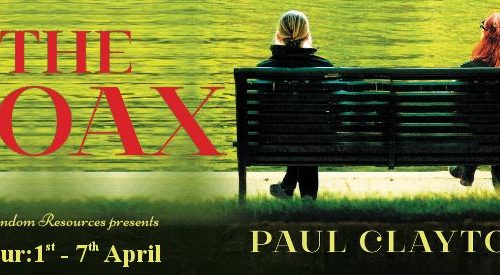