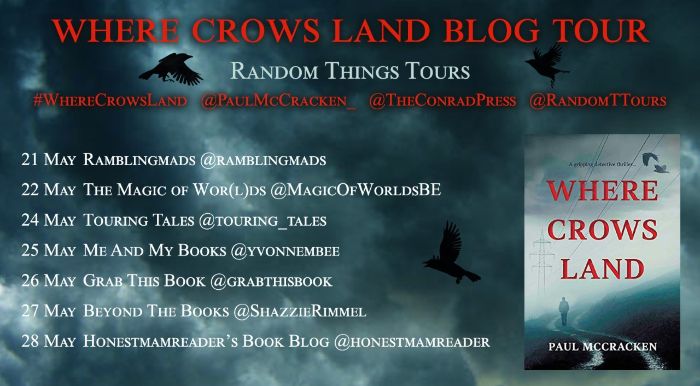 Today I’m delighted to be able to share an Author Q&A with Paul McCracken. Paul’s latest fiction thriller is Where Crows Land. I’m so pleased that Paul was able to join me for a quick chat during his book blog tour this week. Before I chat with Paul here’s a quick summary of his book.

This gripping thriller is set in Belfast, Northern Ireland, and chronicles the dramatic events when a former detective, Joseph Carter, sets out to gain redemption from the consequences of an old case that cost him everything.

Carter is still haunted by the murders of his niece and brother-in-law at the hands of a serial killer he was trying to track down. One year on, the killer has returned and Carter, now a disgraced detective gone private, launches a personal vendetta to catch him this time around.

Firstly, welcome to Touring Tales Book Blog. Thank you so much for chatting with me today.

So Paul, how long have you been writing and what inspired you to start?

I have been writing for almost ten years to the day. I first got the inspiration to write when I attended a short film making course for the unemployed, ran by The Prince’s Trust.

There I wrote, shot and edited a short film in the space of a week. The owner of the studio was impressed at my raw creativity and knowledge from my passion for film. He was the first to encourage me to write my own material, that material was screenplays.

I always thought writers were a different breed. Like a special collective. I barely passed English in school and the thought of being a writer, to me at least, seemed laughable. Two years later, I got to the quarter-finals of an international screenplay competition based out of L.A.

Can you introduce us to your book ‘Where Crows Land’?

Where Crows Land follows the story of former detective, Joseph Carter. After failing to save his daughter and brother-in-law from a killer he was tracking, Carter is removed from the force and takes up work as a private detective. One year on, the killings begin again, Carter finds the opportunity to redeem himself and bring the killer to justice this time around.

Where is the story set and why did you choose this setting?

The story is set in my native Northern Ireland, as are all of my books. I chose it because I truly believe it is a great setting for stories. There are a lot of works that focus on the troubled past of the country but I intentionally don’t include these elements. I think the country has just as much to offer as the rest of the UK and Ireland in terms of locations, common, unique and off-the-beaten-track.

What do you hope your readers will take away from your book?

My aim is always to entertain and catch readers off-guard. I try to not make my books predictable. So if a reader enjoyed the book and couldn’t figure out the end before they got to it, then that would be a win in my book (pun intended).

Is anything in your books based on real life experiences?

Yes. It would mostly be the locations used in the books but there are a few instances scattered here and there that would’ve been based off real experiences, but obviously over-dramatised for effect in the book.

What kind of research do you do before you begin to write a new book?

It depends on the story but one of the most important points for me are the locations used. I would scout certain locations for scenes in the book if I wasn’t already familiar with them. I’ve spent countless hours researching serial killers, psychology and police procedures and laws. I’ve also spent time researching other areas that still haven’t managed to work their way into a book yet but may in the future.

What five words would describe your writing process?

Do you have a dedicated writing space /desk?

Yes, I have a really old computer table that I use. I think it must be in its teens by now. Might treat myself to a new one before Christmas 2021.

If you were to host a literary dinner party, which three authors would you invite (alive or dead)?

Lastly, are you working on a new project at present? If so, can you share a sneak preview with us?

I am currently designing the cover for my forth book which will be called, Disturbed Waters and is the sequel to Where Crows Land. I hope to have it out in the coming months.

Without giving too much away, it directly follows the events of Where Crows Land four months later.

That sounds intriguing, thanks for sharing a sneak peak of Disturbed Waters, I look forward to hearing more about your new book soon. In the meantime, thank you so much for joining me today. I wish you all the best with your current book Where Crows Land.

Northern Irish novelist, Paul McCracken was born 16th January 1991 in the Ulster hospital, Dundonald, just outside of Belfast. He grew up in the Castlereagh area of east Belfast where he also went to school.

In spring 2011, he enrolled in a five day film making course through the Prince’s Trust charity. He always had a passion for storytelling. During the course, he impressed the owner of the studio at which the course was being held, through the raw creativity he displayed. The studio owner was the first to encourage Paul to write his own material, that material being screenplays. After leaving the course with new found confidence and ambition, Paul started to learn the craft of screenwriting and got to work writing his very first feature film.

In 2018, he self published his debut novel, Layla’s Song.

In 2020 he secured two book deals with The Conrad Press and PM Books (Imprint of Holland House Books). The first of these books was Where Crows Land, a detective thriller set in Belfast and published by The Conrad Press.

The Last Rains Of Winter is due out early 2021 with PM Books.

Where to Find Paul Online

Thanks to @annecater for inviting me on the book blog tour today. My thanks also to Paul McCracken for joining me for a chat, really appreciated.

I hope you’ve enjoyed my author Q&A chat with Paul McCracken. Don’t forget to check out Paul’s previous book Layla’s Song, and keep an eye out for The Last Rains Of Winter and Disturbed Waters all coming soon.

Back to Author Interviews section

I love to read using Kindle Unlimited. Why not give it a try 30 day FREE Trial. 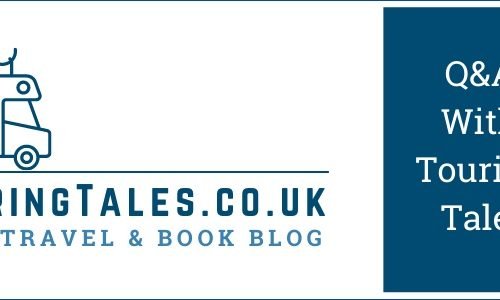 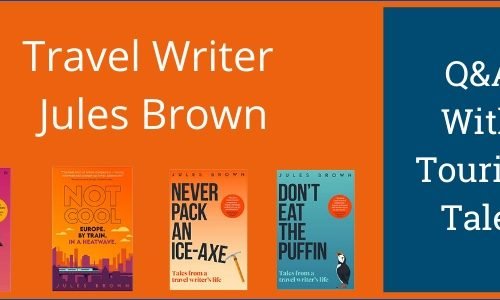 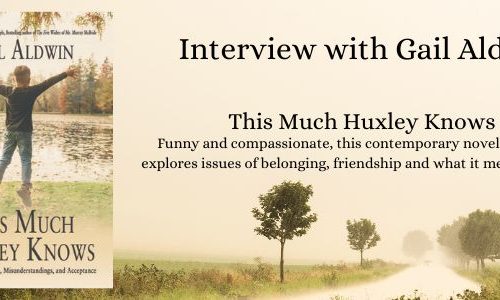