We’ve had a week of non-stop rain here in Wiltshire. Walking two ‘high energy’ working cocker spaniels in monsoon rain 3 times a day is no fun I can tell you. I’m amazed at how much time the Touring Tales pooches take out of my day. Following an hour+ walk we arrive home and dive straight into the garage for a shake down and towel dry. It’s a never ending round of soggy wet fur and dog towels, it’s enough to drive any dog lover insane. 🙂

The Mansion was built by the 1st Earl on the foundations of an original Tudor-Jacobean house. The park landscape has been designed and extended since the 18th century into the majestic and stately park we see today. Most noticeably is The Broad Avenue, which runs five miles in length from the Cirencester end of the park, up to Sapperton at the other end of the estate.

Cirencester Park was originally a deer park, and is still home to a herd of deer today, although I’ve yet to spot any of them on my visits. During the First World War the park became a military camp. It was also used again during the second World War to house two military hospitals for the US army. Sadly parts of the estate were damaged and trees were felled for the wood for military use. However, in 1997 Lord Bathurst started a restoration project to reinstate the park back to its former glory. The park has been generously opened back up to the locals and thousands of visitors each year, who can enjoy this beautiful stately park once again. As a local myself I am very grateful that it is open and free for me to use. Poppy and Coco are rather pleased about that too 🙂

Cirencester Park was used in the BBC’s Poldark series. The Bathurst Estate is a perfect filming location for classic period dramas as well as wildlife documentaries such as Tony Robinson’s Coast to Coast documentary. You never know what may be going on when you take a walk around Cirencester Park.

Here are just a few of the things you can see and do on a walk around Cirencester park:

How To Find Cirencester Park

Cirencester park is located in The Bathurst Estate, just off the A419 Cirencester, Gloucestershire GL7 2BU.

Where To Eat And Drink Nearby

Following a walk around Cirencester Park head along The Broad Avenue, towards the church tower. Just inside the park gates at Cecily Hill entrance there’s a trendy, kiosk cart (a former horse trailer) selling drinks and snacks. Alternatively, just a stones throw away is the market town of Cirencester, easily signposted and a short walk from the Cecily Hill park gates. Cirencester has a pretty Cotswolds market town centre with a good selection of boutique and gift shops and plenty of places to eat and drink.

For history fans, Cirencester has some fabulous Roman visitor attractions including:

Finally, I hope you’ve enjoyed my article on a Walk Around Cirencester Park in the Cotswolds.

New to Touring Tales? Find out more About me here 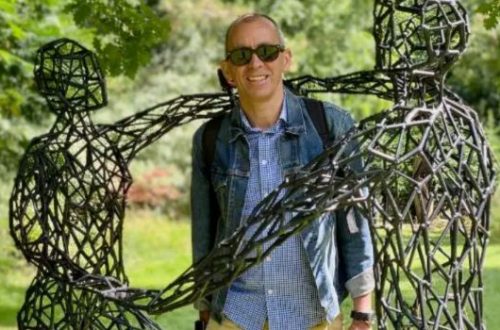 Read why we chose Butternut Box. Claim 50% off your 1st box.