We love following cycling events such as the Giro D’Italia and Tour de France and this year with the 2020 (2021) Olympics there’s even more cycling on offer.

Dave has always been a keen runner and cyclist, competing in various triathlon events including a UK Ironman. Me, not so much on the cycling front if I’m honest. Mainly because having dogs means I walk everywhere with two crazy Spaniels in tow. Last week Dave kindly bought me an eBike to encourage me to get back on the bike and I’m sure plan some cycling trips whilst on tour in our motorhome. So sore butts expected during August!

These will all make great gifts for cycle fans for birthdays and Christmas so get ahead with you gift ordering now.

There are a number of trails all over the UK that offer challenges that range from a simple bike trip to an extreme challenge. This book will tell you about 53 places where you can find biking routes in the UK.

Each route includes all the information you need to help you plan your ride, points of interest along the route, food recommendations and accommodation options, in addition to stunning photography and overview mapping. This book is full of practical tips and advice for both experienced bikepackers and those who want to try it out for the first time, including lots of information on wild camping.

Includes a great variety of routes on former railway paths, canal towpaths and forest trails in England, Scotland and Wales and every ride is away from traffic. For that safe and peaceful bike ride, increasingly the target of families and leisure cyclists alike, Nick Cotton s guidebook has proven invaluable.

Discover previously unknown local trails, plan fun rides for all the family, and travel to unfamiliar areas throughout the UK with quality routes. Presented in an easy-to-use format and packed with useful information in ten regional sections, it includes route descriptions of rides in every part of Britain.

Cyclist – Ride: The greatest cycling routes in the world.

Explore 50 of the greatest, most thrilling road cycling routes the world has to offer, guided by the experts at the world’s biggest road cycling magazine.

Route maps, first-hand ride reports and truly breathtaking photography from the finest cycling photographers come together in this celebration of the world on two wheels.

The Midlife Cyclist: The Road Map for the +40 Rider

A must-have for any British cyclist and an essential read for anyone who thinks they know their way around the hills of the British Isles.

a pocket-sized guide to the 100 greatest climbs in the land. From lung busting city centre cobbles to leg breaking windswept mountain passes. Includes for each climb a maps with the start and finish of each climb shown, as well as grid and OS references, timings and ratings from 1-10 taking into account gradient, length, surface.

Explore Europe’s most thrilling cycling routes with the latest installment in the Epic series from Lonely Planet. From dreamy getaways on sun-dappled Mediterranean Islands to challenging alpine crossings, bike enthusiasts share stories from the best road, mountain, dirt and trail routes across the spiritual home of cycling.

All Downhill From Here: John o’ Groats to Land’s End Cycling Adventure, and How You Can Do It Too

Paul and Simon hardly know each other. In fact, Simon thinks Paul is a bit of a ‘*@&%’. So, they’re both surprised when, after a few drinks in the pub one evening, they agree to take on Britain’s most famous cycling challenge together – 900 miles from Land’s End to John o’ Groats. Especially since they are both novice cyclists. Somehow, they persuade their partners, Bek and Kirsty, to give up their summer holidays to drive the length of Britain twice in the role of support crew. But, when the car breaks down driving to the start-line, the omens don’t look good for a smooth ride. What follows is a hilarious but life-affirming adventure

(Just As Well) It’s Not About The Bike: A Journey Across Southern Spain

Mountains According to G

Cycling fans obsess about climbs and big mountains. They love reading about their tests and tribulations and they love to ride them – a cricket lover can never bat at Lord’s, or a football supporter score at Wembley, but any rider can take on the challenge of an iconic mountain.

From best-known big-hitters, via pro-peloton favourites, to the secret climbs Geraint has come to love, and featuring Australia, Belgium, France, the Netherlands, Mallorca and Wales, this is the cyclist’s secret manual.

Prepare to be entertained as legendary Eurosport cycling commentator Carlton Kirby shares his tales from the road, taking you behind the scenes of the world’s greatest cycle races.

With a candid authority that comes from over 25 years commentating on the world’s biggest cycling races, legendary Eurosport commentator Carlton Kirby isn’t afraid to tell it like it really is. Witty, outrageous and often outspoken, Magic Spanner is an insider’s view of life on cycling’s Grand Tours, including the Tour de France, Giro D’Italia, Vuelta a España and the classics, all delivered in the inimitable style for which Carlton has become globally famous.

Tour de France Champions is a journey to the summit of cycling, looking at those who have taken on the roads and mountains of France to prevail above all others and win cycling’s greatest prize. Giles Belbin presents the stories of all those who have claimed the original and greatest Grand Tour, the one race that still transcends the sport of cycling: the Tour de France.

Giro d’Italia: The Story of the World’s Most Beautiful Bike Race

The story of the Giro d’Italia – Italy’s equivalent of the Tour de France, and its superior in the eyes of many – is as dramatic and full of extraordinary characters as the story of Italy itself. Heroism, suffering, feuds and betrayals, tradition under threat from modernity all play out against a timeless landscape. The iconic riders, mythical stories and career defining exploits are conveyed in rich, vibrant prose.

Riding Out: A Journey of Love, Loss and New Beginnings

The inspirational true story of how one man battled grief and anxiety, one pedal stroke at a time, on a 3,500-mile adventure around Britain.

In March 2020, as Britain entered its first lockdown, Simon Parker’s life fell apart; his travel journalism career vanished overnight and shortly afterwards he received the tragic news that a close friend had died. With a long-suppressed anxiety disorder starting to rear its head, he turned to the only therapies he knew and trusted: travel and exercise.

Nala’s World: One man, his rescue cat and a bike ride around the globe

Instagram phenomenon @1bike1world Dean Nicholson reveals the full story of his life-changing friendship with rescue cat Nala and their inspiring adventures together on a bike journey around the world.

Be Amazing! An inspiring guide to being your own champion

In this inspiring and confidence-boosting guide, the cyclist Sir Chris Hoy, six-time Olympic Champion, shows kids that with the right mindset, they have the power to do something extraordinary.

The book brings together his incredible personal story with practical ideas for building confidence, resilience and self-belief, as well as dealing with failure. An essential read for any young person with a big dream, this guide shows that anything is possible with a positive attitude!

This is the complete reference guide to bike servicing and repair, and an essential bible for every cyclist’s bookshelf. Incredible CGI illustrations show you every aspect of bike repair and maintenance more clearly than ever before, whether you’re a mountain biker, cycling commuter, or road racer. All major types of bicycle from the leading brands are covered – including road, racing, hybrid, mountain, and utility bikes – with detailed, practical advice to take you from symptom to solution.

The Cycling Cartoonist: An Illustrated Guide to Life on Two Wheels

A delightful celebration of cycling from renowned cartoonist and multiple-bike owner Dave Walker. With over 100 full-page cartoons that give an affectionate take on cycling in all its different forms, featuring cartoons about road cycling, mountain biking and bike ownership, via sportives and commuting – celebrating the simple pleasure of getting from A to B on two wheels.

Men & Bikes: A Colouring Book Antidote To Obsessive Cycling Disorder…For Those Days When He Can’t Get Out On His Bike.

Let’s face it there’s no competing – bikes come first. They’re top of the list for the weekend and the main topic of conversation the rest of time.

If this is you, or you know someone who worships their bike, then this book is the perfect antidote to obsessive cycling disorder.

Featuring intricate illustrations and inspirational words from some cycling ‘greats’ and fans alike, these hand drawn images applaud men, bikes and the simple joy of cycling.

Whether celebrating the history of the Tour De France or giving a nod to the everyday rider, this book will keep him from getting withdrawal symptoms on those days he can’t get out on his bike.

What happens when an unfit bloke in his forties cycles over a thousand miles through Britain on a £25 bike with no support crew. Nick should have told his cycling pal Adam before the start of the trip that he wasn’t really prepared.

Nick and Adam planned their trip down to the last detail, if only Nick had bought the right bike, got fit and properly prepared things would have been so much easier.

If you’re thinking about cycling Lands End to John O’Groats and you’re not super-fit, then this book is for you. 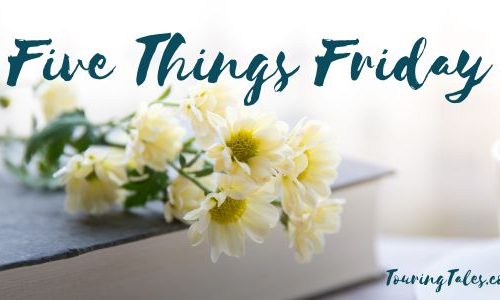 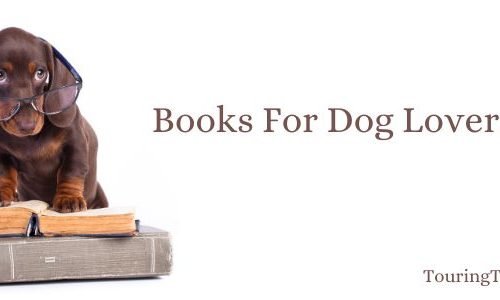 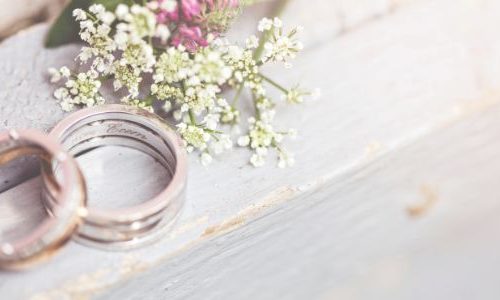